Canadian film, television, and digital media industries have a significant impact on the economy every year, generating $20.4 billion in GDP. There is no denying the importance of the creative and visual arts to performers and to society, even though science often dominates this discussion.

Ontario is a growing hotbed for film and television production. The Ontario Media Development Corporation (OMDC) reports a continuous level of growth and investment into the sector over the last twenty years. An important driving force behind this growth is the continued investment by the provincial government into the industry: productions from the aforementioned study received facilitation services and/or applied for tax credits from the government-funded OMDC.

Eligible productions cannot be in an excluded genre, such as a weather or market report, talk show, public affairs program, current events, questionnaire or contest, sports event or activity, awards show or gala presentation, productions soliciting funds, reality television, advertising, pornography, or productions in the nature of a game. It also does not support productions associated with industrial, corporate, or institutional purposes. The OPSTC does not provide public financial support dollars for productions contrary to public policy.

Qualifying production expenses must take place within the province of Ontario, and be paid to companies or partnerships with a permanent establish in the province, or to Ontario-based individuals. This Ontario tax credit defines an Ontarian as an individual residing in the province at the end of the calendar year prior to the start of major shooting.

These expenses should all be reasonably attributable to the film or television production in question, and incurred between the final script stage and the end of postproduction.

The OPSTC is calculated as 21.5% of all qualifying production expenditures incurred in the province. There are no per-project or annual corporate tax credit limits to consider.

Eligible applicants can combine this tax credit with the federal Film or Video Production Services Tax Credit of 16% of qualified Canadian labour expenditures.

The OMDC and the Canada Revenue Agency jointly administer this tax credit. All eligible applicants must first gain approval from the OMDC by applying directly to this organization.

The time is now to get Canada’s next big media sensation started. To learn more about this exciting tax credit opportunity for your television or production company, get in touch with our team at INAC today. We have the knowledge and expertise to get your cameras rolling! 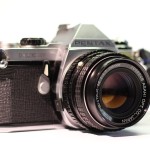