There may be no better time than right now to be a Canadian music fan. Major and independent music companies from Canada make a substantial impact on the economy, especially in Ontario. In 2010, GDP contributions from major and independent recording companies were $240 million countrywide, with $190 million in Ontario alone. They generated $400 million in economic activity during that year, with 81% of this activity taking place in Ontario, primarily in the Greater Toronto Area.

The music industry plays a key role in the economy, whether you are looking at national or provincial numbers. It creates thousands of jobs that pay wages that are higher than the national average. The industry will only continue to grow if it is given the proper environment to do so. This is where the Ontario Sound Recording Tax Credit (OSRTC) comes in.

This refundable tax credit is based upon eligible production and marketing costs for a Canadian sound recording project incurred by a qualifying corporation.

Eligible sound recording companies must be Canadian-controlled corporations that have conducted their sound recording business in Ontario for at least twelve months as a corporation, or as a sole proprietorship or partnership (if prior to incorporation).

Eligible companies for this Ontario tax credit must bear the financial risks tied with its business, or be linked with a company that takes responsibility for financial risks.

The OSRTC considers a sound recording as eligible if a Canadian artist performs the music or the lyrics (if applicable) on the recording in question. It must also meet the following criteria:

Regardless of the medium or style, the sound recording should not in any way incite hatred against any group of people, and it should not contain excessive use of sex, crime, horror, cruelty, or violence.

Eligible costs include recording production costs, such as musicians’ session fees, artists’ royalties, graphics, programming and testing, and digital scanning, for instance. It also covers production costs for music videos directed by a qualified Canadian, or made at an Ontario-based production facility. Finally, applicants are considered for direct marketing expenditures such as consultants’ fees and other fees tied with launching the recording.

Touring, distribution costs, and performing manufacturing are not eligible expenses.

The OSRTC is calculated as 20% of qualifying expenditures incurred by an eligible sound recording company with recording and expenditures taking place before May 1st, 2016 for an emerging Canadian artist or group.

The time to act on this tax credit is now: tax credits can only be claimed for eligible expenses incurred before May 1st, 2016, as the ORTSC is being phased out. Contact our government funding experts at INAC for any further information about this Ontario tax credit. We can help you with your application so that your recording project meets the eligibility requirements through the Ontario Media Development Corporation. After doing so, eligible applicants can apply for the OSRTC through the Canada Revenue Agency. Don’t miss out on this opportunity! 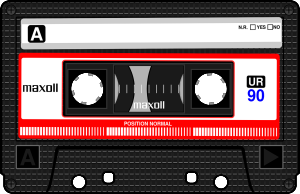