In October 2015, the Ontario government invested $3.4 million dollars into the Northern Ontario Heritage Fund Corporation, funding several North Bay-based media projects. This funding is part of the largest infrastructure investment the province has ever seen, with over $130 billion committed for a ten-year period. This equates to 110,000 new jobs every year in Ontario alone.

Supporting creative industries represents just one aspect of the federal government’s plan to develop the province’s economy. This includes investing in people’s talents and skills through the province’s largest over infrastructure investment, and creating an innovative environment where businesses can thrive and succeed.

Of course, investing in television and film is not just about helping to create new opportunities. It involves giving back to established media companies as well. Here is where the Ontario Film and Television Tax Credit (OFTTC) comes in—this refundable tax credit is based upon eligible Ontario labour expenditures for an eligible Ontario media production, as conducted by a qualifying production company. The OFTTC is typically “harmonized” in line with the Canadian Film or Video Production Tax Credit.

This Ontario tax credit covers eligible labour expenditures in the form of salaries and wages paid to Ontario residents. This starts from the production commencement time (PCT) until the end of post-production. Productions can claim eligible labour expenditures as early as two years before they start primary filming. This might include labour involved with developing scripts, for instance.

It also covers the following: labour that compensates corporations that are personal service companies subject to provincial taxes for the services of an Ontario resident; sole proprietors or freelancers paying Ontario taxes; partnerships, for the services of a partner paying Ontario taxes; and taxable Canadian corporations with a permanent presence in the province that services their Ontario-based employee or employees. Ontario residents are considered as such if they resided in the province at the end of the calendar year before they began major work on the project in question.

The OFTTC typically calculates 35% of eligible Ontario labour expenditures incurred for an eligible Ontario production by a qualifying production company. Productions shot exclusively or primarily (85%) outside the Greater Toronto Area can receive a 10% bonus for Ontario labour expenditures. Exclusively animated productions that produce 85% of their animations within the province but outside of the GTA can qualify for a regional bonus as well.

The Ontario Media Development Corporation (OMDC) and the Canada Revenue Agency jointly administer the OFTTC. Applications for the OFTTC must apply directly to the OMDC to receive a certificate of eligibility. Get in contact with our team of experts at INAC Services and we can get started on your application. We can help you make the most of your production budget this tax season! 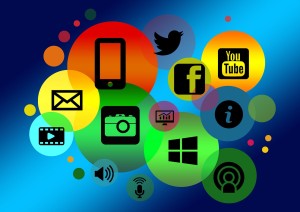 Up to $20 million Available for New Wood Products, Processes, Technologies or Applications

UP TO $2.5 MILLION IN FUNDING FOR MANITOBA PROCESSORS

Up to $1 million Available for Eastern Ontario Manufacturers